This site doesn't support Internet Explorer. Please use a modern browser like Chrome, Firefox or Edge.

The Link Between Poor Sleep

Yet you don’t see the changes you are hoping for…

It can be extremely discouraging…

﻿It could have a lot to do with how you sleep. 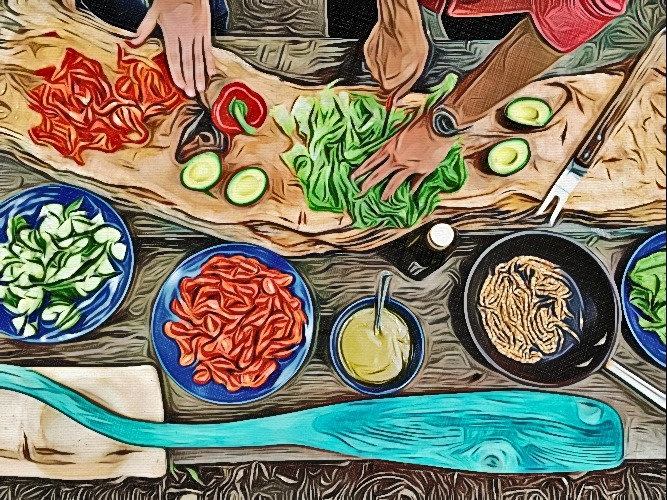 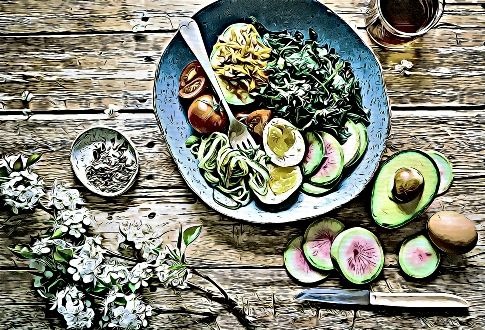 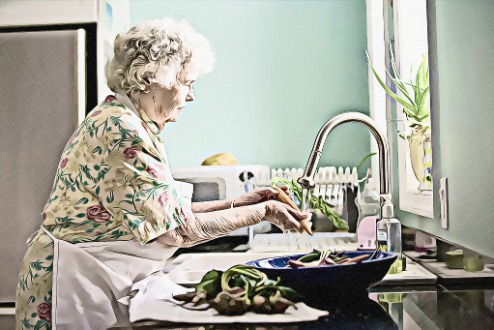 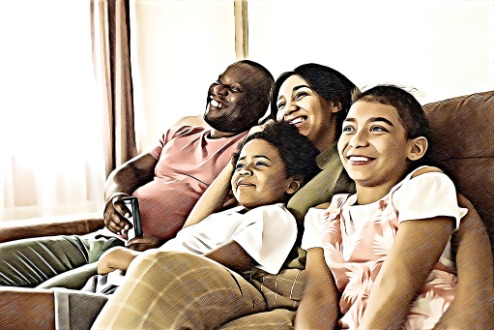 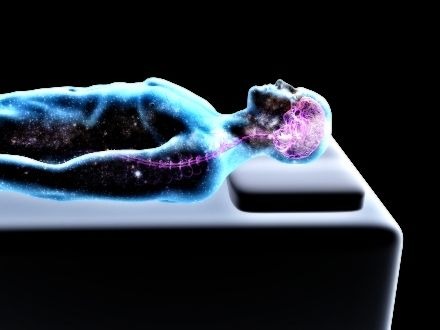 “Sleep is such a luxury which I can’t afford.” ― Robin Sikarwar

If you think you’re getting more done by sleeping less, you may be right. But the cost of doing such will take a toll on your long-term health.

Over the recent decades, research has shown again and again that sleep deprivation can have a devastating effect on your overall health – not to mention your figure.

The American Academy of Sleep Medicine and Sleep Research Society recommends at least 7 hours of sleep to get the maximum benefits of shut-eye.

And according to the Centers for Disease Control and Prevention (CDC), getting less than this amount can significantly increase the risk of many life-threatening diseases.

And the worst part is that there are about 70 million people in the U.S. alone who are struggling with a lack of sleep.

The main problem with not getting enough rest is that it plays tricks on your brain. When you’re feeling drained from a sleepless night, your metabolism essentially goes haywire.

That creates a chain reaction of adverse effects in your body, such as a hormonal imbalance and increased stress levels.

So the less sleep you get on a daily basis or the more erratic your sleep patterns are, the more you wire your mind and body to over-consume food.

Worse, lacking energy also means your judgment is skewed when it comes to choosing the right food. Your nutrition becomes compromised, and you won’t be as efficient in burning those excess calories.

As such, you could also develop sleep apnea, a condition where a person’s breathing is interrupted while sleeping.

This happens when a person is overweight and develops fat around the neck area. So that will make the quality of a person’s sleep even worse, further aggravating the effects of sleep deprivation.

Also, sleep apnea increases the risk of getting a heart attack or stroke, which makes things even more complicated.

Even if you think you’re living a healthy lifestyle by working out and eating a clean diet, a lack of sleep can seriously undermine your efforts.

﻿Thus, the key to better health is by getting better sleep. But before we get into that, let’s go a bit deeper and understand precisely how sleep deprivation makes you pack on the pounds

A study from The American Journal of Clinical Nutrition found that there’s a strong connection between not sleeping and an increase in calorie intake.

People who get enough rest – and those who stay up late – burn a similar amount of calories.But there’s one crucial difference between them.

People who have the habit of skipping sleep will take in more calories (about 300 every day). And when this adds up over the weeks and months, you’re going to see the pounds add up faster than you think.

And here’s another risk of sleeping late: you’re way more likely to snack throughout the day because you’re low on energy.

What happens is that you misinterpret your fatigue for hunger. That’s because people tend to produce more lipids in their system that influence the way they experience eating food.

Thus, you’re going to want to eat food that won’t necessarily give your body what it actually needs. When you’re well-rested, you might choose a nice, healthy salad or grass-fed beef with Brussels sprouts.

But if you haven’t been sleeping well, you’re probably going to head down to your nearest fast-food joint and order a thick, juicy burger filled with saturated fats and triglycerides.

And when your bloodstream is full of these unhealthy substances, that can lead to other complications like insulin resistance and increased body fat.

The reason this happens is that there are parts of your brain that are affected by sleep deprivation. This makes it harder for you to use your better judgment and higher reasoning.

That makes you switch to a sort of “caveman mode” where you instinctively want to take on more calories as a defense mechanism against tiredness.

And with a lack of sleep comes higher stress levels, too. Being fatigued triggers your body to produce stress hormones such as cortisol.

Usually, this should only kick in during a fight-or-flight situation. You get a massive dump of energy in your bloodstream, but it’s not meant to stay in your body for too long.

But when you push yourself to stay awake, your cortisol levels remain elevated all the time, which is dangerous.

﻿As you’ve probably guessed, one of the side effects of prolonged cortisol is having a powerful urge to overeat.

2. You’ll be less motivated to get up and move

Simply put, the less energy you have, the more lethargic you become – and the less likely you’ll feel like exercising.

And when you’re up and about burning those calories, the next step is to put on weight.

Couple that with bad eating habits (also caused by sleep deprivation), and you’ve got a recipe for a health disaster.

With the added pounds and a lack of cardiovascular activity, you’ll be on the path to obesity.

Furthermore, the National Sleep Foundation has found that sleep apnea (caused by weight gain)puts people in a vicious cycle.

Interrupted breathing at night means poor sleep, which is followed by less energy during the day.

﻿And all of this makes it harder to exercise and make better food choices. So keeping the weight off becomes even more of an uphill battle.

3. You fat cells won’t get any sleep either (which is a bad thing)

Researchers at the University of Chicago Medicine discovered that there’s a relationship between poor sleep and a person’s fat cells.

In a study they did, doctors found that fat cells respond 30% less than usual to insulin, an energy regulating hormone.

Fat cells are meant to eliminate harmful fatty acids and lipids from the bloodstream to prevent long-term damage to your body.

However, skipping on sleep will impair your fat cells’ ability to do their job.

So, that leaves those fatty acids and lipids free to roam in your system.

On top of gaining weight, you’ll also be at serious risk of developing type 2 diabetes.

Another factor behind insulin resistance is overeating (sugar-laden and inflammatory food in particular), which of course, is related to a lack of sleep.

In a study called “The Metabolic Consequences of Sleep Deprivation,” (also from the University of Chicago), experts found a connection between diabetes and not sleeping enough.

Aside from fat cells not responding to insulin, another effect of sleep deprivation is a disruption of vital metabolic processes (such as properly utilizing carbohydrates and hormone regulation).

And once your metabolism goes off the rails, it can lead to premature aging.

The other thing about poor sleep and bad eating habits is that people seek carb-rich foods in particular.

In another study called “High-glycemic-index carbohydrate meals shorten sleep onset” from the American Journal of Clinical Nutrition, they found that the short-term gratification of eating unhealthy carbohydrates disrupts a person’s sleep patterns.

And when this happens, poor sleep feeds into the urge to eat even more unhealthy food.

This keeps the cycle going and causes people to put on even more weight.

How to Break The Cycle of Bad Sleeping Habits

The truth about sleep is that you’re not simply resting.

You’re actually giving your brain and metabolic functions a chance to recover from the demands of a long day.

So, the best way to get started on a lifestyle of healthy sleeping habits is by figuring out what time you want to wake up every day.

If you need to get up at 6am, then work your way back 7 or 8 hours. You’ll then have an idea of what time to get to bed in the evening (which should be around 10pm in this case).

That way, you can make sure that you’ll have adequate time to shut down for the night. Not only that, it’s better to wake up at the same time every day to stabilize your circadian rhythm.

Also, avoid drinking coffee after 3pm. Caffeine stays in your body longer than you think, so cut yourself off by that time and switch to other drinks instead (but avoid sugary soft drinks and energy drinks).

Lastly, make time for exercise as this also plays a role in better sleep.

Find a suitable slot in your daily routine to get this done, whether it’s the first thing in the morning or a couple of hours before bedtime.

Soon enough, your body will get used to this new schedule. Then you’ll fall asleep faster, and wake up without relying on your alarm clock or phone in the morning.

Remember, it all starts by disrupting the cycle.

However, if you’re having problems getting to sleep even after making some lifestyle changes, you might need another approach.

There’s a technique called Mind Balancing which helps induce a state of deep sleep in a matter of minutes. Maximizing the time you spend asleep for greater energy.

Not many people know about this yet, but more and more sleep deprived sufferers have found relief by applying this simple sleep method.

To find out if this sleep hack is right for you, check out this video now:

Copyright 2020 by CC7DayMind. All rights reserved.

This site is not a part of the Facebook website or Facebook Inc. Additionally, this site is NOT endorsed by Facebook in any way. FACEBOOK is a trademark of FACEBOOK, Inc. Disclaimer: All information provided is for educational use only. Proper due diligence is always recommended before starting any type of mindset education. Thank you and enjoy!